“We are so honored and humbled to name these three remarkable individuals as Trustee Emeritus.  They join an august group, which includes former Port Chair Judy Hawley, Former Whataburger Chairman and CEO Tom Dobson, and H-E-B CEO Charles C. Butt,” said Texas State Aquarium President & CEO Tom Schmid.    I’m also really excited to work with our new trustees.  We have an ambitious workload ahead of us; as we emerge from the Covid 19 pandemic, we are focused on restoring attendance and programming, and later this year, initiating construction on our new Center for Wildlife Rescue.”

The Texas State Aquarium is also pleased to announce that Patricia M. (Patti) Ranzini has joined the Aquarium leadership team as Vice President of Development. Most recently, Ranzini served as Foundation President for SoutheastHEALTH Foundation in Missouri, where she grew the Foundation fundraising and programs, exceeding all previous prior years. Her experience includes providing strategic direction for major comprehensive campaigns, and she has been successful in securing multiple major gifts for many major institutions.

Having served non-profit organizations for over 20 years, Ranzini has extensive and varied experience in fundraising and non-profit administration and is a  proven leader with experience in small and large non-profits, including; healthcare, youth development, higher education, museums, and the environment.

Texas State Aquarium President & CEO Tom Schmid said, “We are excited to have someone with Patti’s background and experience to lead our development team, particularly during this exciting period of growth for the Aquarium.  We look forward to introducing her to the community as we continue to advance the mission of the Texas State Aquarium.”

Ranzini said she welcomes the opportunity to support the mission of the Aquarium. “Many years ago, I started my development career at the St. Louis Science Center and the Center for Plant Conservation, whose missions are to ignite and sustain lifelong science learning and conservation. In many ways joining the Texas State Aquarium team is returning to my passion. I am excited to support the important mission of introducing people to conservation efforts, inspiring appreciation of our seas and engaging people with animals.”

The TSA also is excited to announce that Jennifer Vela has been promoted to Vice President of Sales, Marketing, and Communications.  Ms. Vela began her career at TSA as an Event Coordinator in 2010.  She was then promoted to Sales Manager in 2012, Director of Sales in 2014, and Director of Marketing, Sales, and Communications in 2018.  Jennifer currently serves on the board of directors of Visit Corpus Christi and the Greater Corpus Christi Hospitality Associations. She is also a current member of the Association of Zoos and Aquariums Public Relations Committee.

TSA CEO Tom Schmid said, “Jennifer Vela is a consummate professional, and I’m pleased to elevate her to this senior management position.  Over the last five years, Jennifer has been responsible for growing our sales and event business, more than doubling revenue, and has expanded our marketing efforts.  And particularly during a difficult 2020, Jennifer and her team grew our reach and kept our audiences engaged online.” 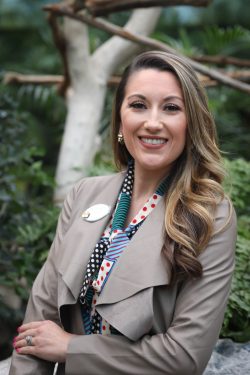 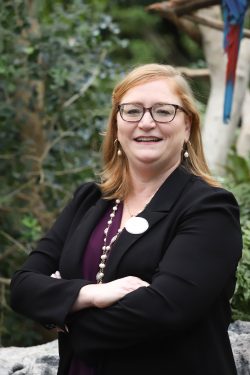 The Texas State Aquarium (TSA), the Official Aquarium of the State of Texas, is a private, not-for-profit 501(c)(3) institution that is fully accredited by the Association of Zoos and Aquariums and the World Association of Zoos and Aquariums. Its mission is to engage people with animals, inspire appreciation for our seas and support wildlife conservation. TSA, the largest aquarium in Texas, cares for over 4,000 animals and has been named the #4 Aquarium in North American by USA Today. Learn more at texasstateaquarium.org.

Our longstanding fear of sharks has always been evident in literature, and in countless movies and TV shows – perhaps most prominently in the movie “Jaws” and Discovery Channel’s popular “Shark Week” series. While the media loves to play up ou... Read More